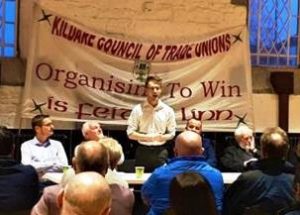 Reece Sheridan (natively Rhys Ó Seireadáin) serves as President of the Alumni Association as well as Director of Evening Programmes at Albert Schweitzer Leadership For Life. Outside of the organisation, he is an undergraduate student of European Studies at Trinity College Dublin with further qualifications in Innovation and Entrepreneurship. In 2018, he was selected to represent Ireland at the 1st International Forum of the European Youth Parliament in Switzerland. In 2019, he was elected as Youth Development and Student Liaison Officer of Kildare Council of Trade Unions. In 2021, he was accepted into the Paris Institute of Political Studies (also known as Sciences Po Paris) – the most prestigious university for politics and international relations in Europe which has produced some of the most respectable leaders in European politics and society. In his role as Director of Evening Programmes, he is responsible for the organisation of field trips and extracurricular activities as part of the conference experience such as city tours, sports activities and cultural events. In his role as President of the Alumni Association, he is responsible for the coordination of alumni affairs such as scholarship competitions and mentorship programmes. As a passionate and progressive young leader whose purpose is founded in the values of inclusivity, inspiration and innovation, he sincerely hopes to pursue a career in the sectors of education, entrepreneurship or social justice. 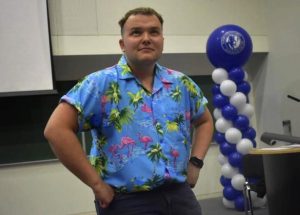 Jonathan Hurst serves as the Director of Junior Staff at Albert Schweitzer Leadership For Life. Outside of the organisation, he is training to become a teacher at Edge Hill University. In recent times, he has been awarded the Edge Hill University Excellence Scholarship for his commitment to young people through his work with our organisation as well as other achievements. Jon first joined our conference as a delegate in 2016 as part of the student delegation from the United Kingdom. Since then, he has volunteered in roles such on the Junior Staff team before his promotion to Director of Junior Staff. In this role, he is responsible for the day-to-day management of our impressive junior staff team which consists of alumni who have excelled in leadership at conference and community alike. His duties include training junior staff, monitoring staff performance and morale, collecting feedback from delegates and staff members which ensures the growing success of our conference going forward. Jon has a real passion for the development of our own leaders here at ASLFL. In his role as Director of Junior Staff, Jon hopes to develop and progress our previous delegates so that many of the current Junior Staff team and future alumni will join him in helping to influence our conferences for many years to come. 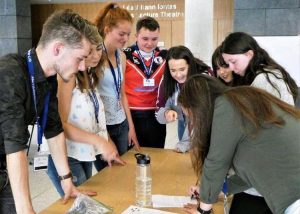 Ellen Murray serves as Lead for Welfare and Wellbeing at Albert Schweitzer Leadership For Life. Outside of the organisation, she studies Psychology at Maynooth University – an historic university with a vibrant student life and the location of our annual conference. In recent times, she has been awarded Student of the Year and countless awards for academic achievement. In 2016, Ellen began her journey with us as part of the Republic of Ireland student delegation during which she enjoyed a truly transformative experience which motivated her to get involved further as a leader in her community and our conference. Since then, she worked as junior staff before her promotion to the role of Lead for Welfare and Wellbeing; indeed, she is the inaugural holder of this role which was developed by her inspiring empathy to staff and delegates alike. In her role as Lead for Welfare and Wellbeing, she is responsible for enshrining positive physical and mental health in every aspect of the conference experience among delegates and staff alike. In this way, she acts as a point of call for everyone about these important matters and thus, facilitates a supportive professional relationship between our delegates and directors. In the future, she hopes to further her studies into the field of educational psychology; focusing her mission on helping young people from disadvantaged backgrounds to access education and its opportunities. 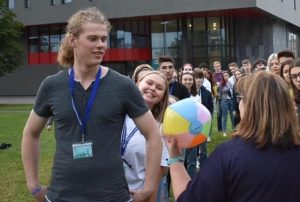 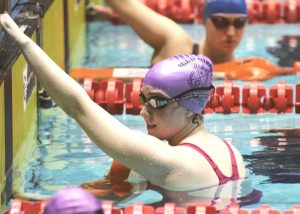 Mia Denton-McComish serves as the photographer and social media coordinator at Albert Schweitzer Leadership for Life. Outside of the organisation, she is an undergraduate student of History with International Politics and Conflict Studies at Queen’s University Belfast and is a nationally accredited athlete. Mia joined the conference as part of the Northern Ireland student delegation in 2018. She personally produced a video documenting the week in an effort to showcase every aspect of the conference from the perspective of a delegate, eager to create a memorial of the transformative and eye-opening journey she experienced as a student. Since then, she is now responsible for promoting and documenting the conference activities through ASLFL’s social media (Facebook, Twitter, Instagram). She also manages the website content and creates a highlights video of the conference for the students at the end of the week. She strives to portray the conference as the inspiring, thought provoking and incredibly grounded experience that delegates receive. In the future, Mia hopes to further her studies and specialise in either art history or international relations; hoping to pursue a career in the sectors of either political analytics, public history or higher education. 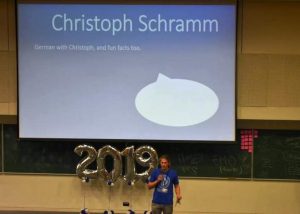 Christoph Schramm serves as the Lead of Conference Logistics at Albert Schweitzer Leadership for Life. Outside of the organisation, he is undertaking a dual degree in Business Information Systems at the Duale Hochschule Schleswig Holstein in Germany. Christoph first attended the conference in 2016 representing the German student delegation and was subsequently made part of the inaugural Junior Staff Team. As Lead of Conference Logistics, Christoph plays a key role in the smooth running of the conference where he is responsible for organising resources used throughout the programme and ensuring any technological issues at the conference are resolved. Christoph also acts as an interface between staff members and delegates. Born and raised in Germany, the Albert Schweitzer Leadership for Life Conference was initially a jump in the deep end for Christoph, encouraging him to connect with new people in a foreign country. He has found the conference to be a safe space that inspires young people to take a step into the world and practise good leadership. In addition to graduating with a good degree and learning a wide range of technical skills, his goal is to further his commitment to innovative social campaigns and support areas such as open source software.

Martha Gilligan is a student of Irish and Business at Maynooth University. Being from the local area, she has been involved with our conference since 2017 and enjoys hosting delegates from across the world in her hometown – the location of our conference. In her free time, she is an active member of her local gaelic football club.

Eirinn McAleese is a student of Law at University of Ulster in Antrim, Northern Ireland. Having attended our conference in 2019, she looks forward to joining our team at future conferences. In her spare time, she plays netball as part of a local team and volunteers her time to charitable causes such as her local food bank.

Dean McPartlin is a student of Theatre Performance at Liberties College in Dublin. As a native of Maynooth, Dean first began his involvement with our conference in 2018 and has been an active volunteer ever since. In his free time, Dean enjoys playing guitar, dancing, and spending time socializing with friends.

Lauren Mervyn is an English Literature student at Queen’s University Belfast. In 2016, she attended our conference as a delegate and has volunteered with us every year since. In her free time, she enjoys going to the gym and doing yoga.

Clare Tucker is a student of Computing and Information Technology at Queen’s University Belfast. In 2016, she first attended our conference and has been an active member of our conference ever since. In her free time, she enjoys cooking and spending time with family and friends.